Feasts of All Saints and All Souls

Happy Feast of All Saints for those of you who celebrate such things. Yesterday I was on the rota for the Mesnerdienst, the process of setting up for the Sunday service at the Church of Reconciliation. I had forgotten that the 31st October is actually a very important day for the German Lutheran Church, as it is the anniversary of Luther's Nailing of the ninety five Theses to the door of the Church in Wittenberg: Reformation Day. The sermon, preached by a local priest, was very much an attack on the Roman Church in the early sixteenth century and Luther's courage in standing up to the authorities.

Whilst in England and Wales the calender shifts prominent Feast Days to the nearest Sunday, here in Germany we get a Feiertag on which people head out for walks wearing traditional Bavarian hats and generally enjoy a little extra time with the family. It's been quiet, which has given me the chance to get some work done for a change. Tomorrow's Feast of All Souls will be marked at the Memorial Site with a particular focus on the victims of the concentration camp. More to follow.

In the meantime, I went for a wander yesterday around Theresienwiese, the location every September of Oktoberfest, and as you can see from the photos they're still trying to clear it all up just shy of a month since the festival ended! 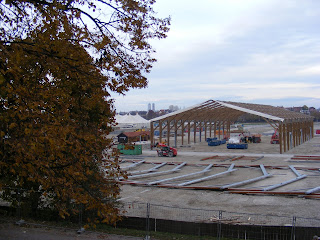 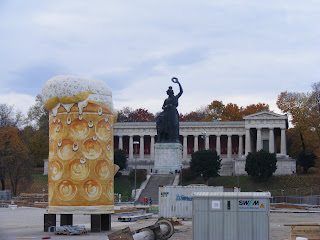 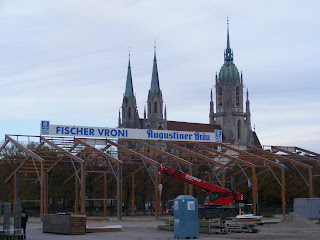 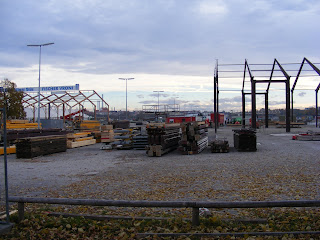 It seems a very Bavarian thing for there to be images of the Madonna and Child on random buildings. Wandering towards Theresienwiese U-Bahn Station, I found a particularly striking one The joys of wandering aimlessly on a Sunday afternoon...