Leitenberg Stations of the Cross: 2

2. JESUS TAKES UP HIS CROSS 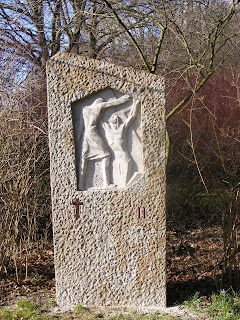 V: We adore you O Christ, and we praise you

A: For through your holy Cross you have redeemed the world

Not a few who were taken into so-called ‘protective custody’, or even murdered, were aware of the danger of persecution and readily accepted arrest as a consequence – also as a consequence of warning and attempting to rescue others. Because they cared more about humanity and the truth than their own need to survive, they were persecuted, arrested, abused and murdered. Take the case of Fritz Gerlich for example: in his newspaper Der gerade Weg (The Straight Way) he warned of the dangers of National Socialism to Germany and the wider world even before their came to power. He was fully aware of the risk he took with his own life.

How difficult it is often for us to deal with unpleasant goings on, to call out Injustice by name, to put ourselves out for others. How easy it is for us to avoid such burdens and justify our behaviour by assuming others will deal with the problem for us. Lord Jesus, you willingly took the Cross and carried it yourself. You did not avoid the suffering that is developed through lies and contempt.

A: Lord, have mercy on us and on the whole world... 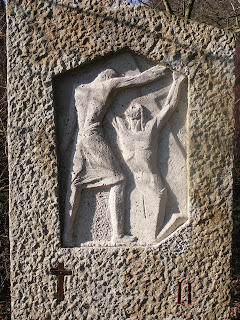